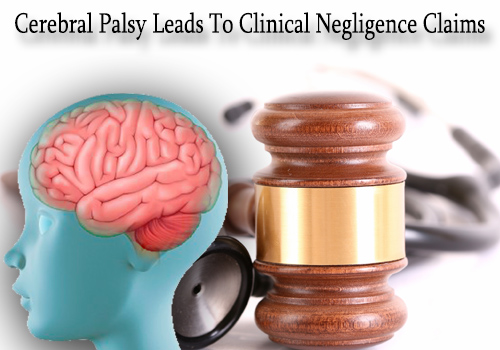 Cerebral palsy is commonly seen in medical negligence claims. Around one in every 400 children born in the UK has cerebral palsy, with an estimated 1,800 babies diagnosed with the illness every year.

While a wide number of factors can lead to cerebral palsy, including infections, blood pressure problems, drug use in pregnancy, genetic factors and meningitis, mistakes made by doctors before, during or immediately after childbirth are responsible for a large number of cases. Although cerebral palsy is not a progressive condition and does not worsen, many people with the condition suffer serious problems as a result of it. These include cognitive problems, motor problems and other neurological disorders, such as epilepsy.

It is impossible to cure cerebral palsy, although there are many treatments available that can alleviate symptoms and improve a sufferer’s quality of life. Some people benefit from medication, occupational therapy and physiotherapy, which can increase their self-esteem and sense of independence while relieving spasms and muscle stiffness.

The specific symptoms of cerebral palsy will depend on the part of the brain that is damaged and the type of cerebral palsy a particular person has. Some forms of the condition lead to profound disablement and require extensive or lifelong care, whereas others lead to motor difficulties and problems walking, with sufferers likely to be able to live independently in adulthood. The extent of a person’s cerebral palsy will impact the size of their clinical negligence compensation claim.

Some of the symptoms of cerebral palsy include:

Cerebral palsy can also increase a person’s susceptibility to other health problems. Some of the complications sufferers can experience include:

–          Stress, anxiety and other psychological conditions

In cases in which medical negligence was to blame for a child’s cerebral palsy, parents have the right to make a personal injury claim. Some of the mistakes that might lead to the condition include improper use of vacuums or forceps, failure to monitor the mother and child’s vital signs effectively, failure to treat infections in the mother or child, failure to plan for caesarean sections when required, failure to diagnose a prolapsed umbilical cord, or failure to respond to emergencies quickly.

Doctors, hospitals, midwives and other medical facilities are expected to reach certain standards of care, and should be able to handle both complicated and normal pregnancies at the high levels patients expect. Poor staff training, overworked staff, inadequate staffing levels, poorly maintained machinery and a lack of communication between different staff members can all lead to negligence and malpractice in the delivery room, and can support a parent’s medical negligence compensation claim.