New health laws mean the Welsh Assembly can recover the cost of asbestos treatment from insurers or employers after settlements or judgements in personal injury claims.

The National Assembly for Wales has given the green light to the Recovery of Medical Costs for Asbestos Diseases Bill. This law does not just apply within Wales – it will also apply to business outside Wales whose employees were treated for asbestos-related conditions within Wales.

The new law was sponsored by Pontypridd AM for Labour Mick Antoniw, who suggested that the cost of treatment for asbestos-related conditions has a huge cost on the Welsh NHS. It is believed the health law could provide as much as £1 million for the nation every year.

Mr Antoniw said that it is right for those employers who caused people to suffer NHS to be liable for the costs of treating the condition, pointing out the money the initiative will reimburse could allow the healthcare system to hire 20 cancer nurses at salaries of £50,000 per year, to pay for a mixture of nurses and councillors, or to pay for research into asbestos-related diseases and cancer.

He said he believes that the “innovative” new health law could significantly improve the quality of life of people who have been affected by asbestos-related conditions.

The bill was passed by 38 votes to 10. The Conservatives voted against the proposal. 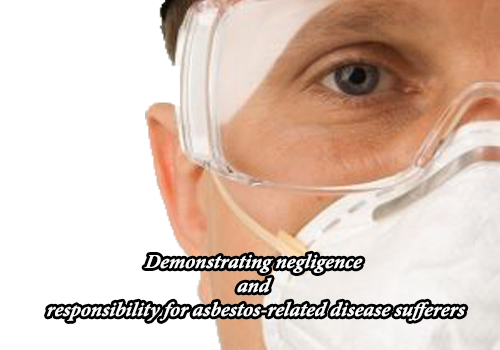 People who have developed asbestos-related diseases, or their family members, can demonstrate the disease was caused by another person’s negligence by making a civil personal injury claim against them. They could demonstrate negligence or breaches of health and safety regulations to support their claim and show that another party is liable for their injuries and any related losses.

Asbestos-related diseases can take a long time to become apparent – many of the conditions asbestos can cause, such as lung cancer and mesothelioma, can develop decades after the sufferer’s initial exposure to airborne asbestos fibres. Although asbestos is only seen in a select few industries and devices nowadays, with its use and destruction strictly controlled, it is thought that the peak in mortality for sufferers of asbestos-related diseases is yet to arrive and is predicted to occur in 2015.

The Association of British Insurers (ABI) highlighted some concerns about the bill.

It noted that the premiums insurers charged negligent employers did not consider asbestos-related diseases as a factor, arguing the health law would charge insurers for the risk factor “retrospectively”. It also said that health boards and public bodies will not be exempt from the bill which will lead to a “bureaucratic merry go round” of public money. Finally, it questioned whether the Wales-specific health laws are necessary alongside the UK-wide Mesothelioma Bill, which was developed with the help of the insurance industry.

The Labour Party was dismissive of these concerns – Labour AM Rebecca Evans said she was “disgusted” the Conservatives did not side with the victims of asbestos, instead favouring the insurance sector.