Accidents At Work In NHS Hospitals

While personal injury solicitors might associate hospitals with medical negligence claims, accidents at work compensation claims are also very commonplace in healthcare facilities. The range of injuries workers can sustain in these facilities is huge, with some of the key risk factors including:

Even though the risks to workers in hospitals can seem numerous, healthcare employers and NHS Trusts still have the same duty of care towards their members of staff as every other employer, and can face workplace accident claims should they be negligent towards this duty.

What Accident At Work Claims Are Most Common In NHS Facilities? 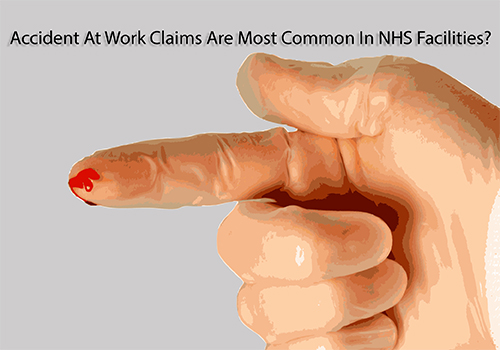 The results of Sheffield Teaching Hospitals NHS Foundation Trust’s recent 2012/13 health and safety report were recently publicised in Sheffield newspaper The Star. Over the year, there were 1,558 reported health and safety incidents involving medical students or staff in the NHS Trust’s facilities, which include the Charles Clifford dental centre, the Jessop maternity wing, and Weston Park, Northern General and Royal Hallamshire hospitals. Of these, only 33 were serious enough to be reported to the Health and Safety Executive.

Sharps injuries were the most common accident at work reported, representing 166 of these incidents. While the number of criminal injuries and assaults patients inflicted against healthcare workers has seen significant reductions in recent years, this still represents the second-most common health and safety incidents, with 145 cases of patients attacking workers reported. There were also 39 reports of ‘threatening behaviour’ and 56 reports of ‘verbal abuse’.

Report author and occupational safety manager Alison Redfern said most of violent incidents occurred in stroke and geriatric medicine or in geriatrics, and resulted in only minor or insignificant injuries. This might indicate that widespread campaigns highlighting violence against NHS workers – such as in accident and emergency departments and committed by drunk or intoxicated people – have had their desired effect among the general public.

Some of the other accidents at work detailed in the report include collisions with moving objects (110 cases), collisions with fittings and furniture (74 incidents) and exposure to harmful substances (73 cases). A total of 69 slips, trips and falls were recorded, while there were 40 reports of cuts from sharp objects.

While poor staffing levels are frequently cited in medical negligence compensation claims, they could also occur in healthcare accident at work claims, as the health and safety report counted 57 separate instances in which understaffing was said to have put the wellbeing of employees at risk.

Sheffield Teaching Hospitals medical director Dr David Throssell said the NHS Trust has implemented a number of safety measures in recent years to further prevent accidents at work involving the Trust’s staff. This is responsible for the decline in the number and severity of incidents, he claimed, adding that the Trust is currently looking at ways to improve safety surrounding needles.