Are There Fewer Motor Vehicle Accidents Than There Used To Be?

If you have been in a car accident that wasn’t your fault, then speak to Clearwater Solicitors to start making a claim for compensation. We have years of experience in handling cases just like yours and can give you the best possible chances of success in your compensation claim. 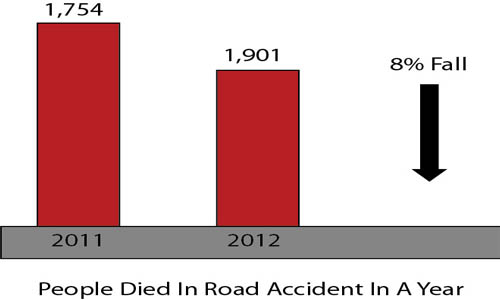 There was a similar fall in the number of serious personal injuries caused in road traffic accidents. In 2011, 23,112 people were seriously injured, but in 2012 this fell by 0.4% to reach 23,039. While this fall might not seem particularly significant, it is 15% lower than the average number of serious injuries seen from 2005 to 2009.

Why are there fewer motor vehicle accidents than there used to be? 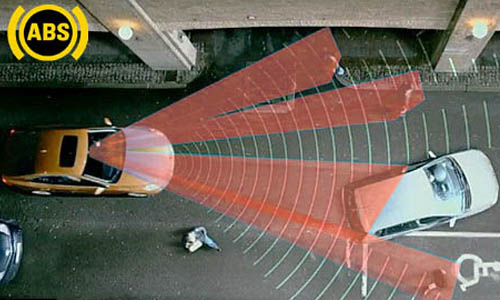 It is hard to give a specific reason for the fall in motor vehicle accidents in the UK. There are a number of trends that could be influencing this decline, although it is hard to determine which factor is the most important.

Cars are becoming considerably safer, with new technological innovations constantly improving safety standards. A few years ago, many cars on the UK’s roads would not have had technology such as anti-lock braking systems and advanced crumple zones, but these come as standard in vehicles nowadays.  Many modern innovations can actively prevent crashes caused by driver distraction, such as adaptive cruise control, electronic stability control and precrash systems.

This means that when people are involved in car accidents, while they may make a whiplash injury claim, they do not sustain other injuries and are far less likely to die as a result of these injuries than they used to be.

Furthermore, more and more people are cycling rather than driving. As a result, cycling accident compensation claims are rising while other road traffic accident rates are falling. Cyclists are unlikely to cause death or serious injury to other road users if they make mistakes while on the road, although they can suffer serious personal injuries themselves in collisions.

While the weather may not have seemed particularly good in 2012, and while icy conditions were still very commonplace, 2011 may have had even worse weather. Local authorities were better-prepared for hazardous road conditions in 2012 than they were in 2011, and grit shortages were less pronounced. People are significantly more likely to be involved in motor vehicle accidents during better weather or when ice has been gritted.

Some suggest that the UK’s roads are not actually becoming safer but that the statistics are not reliable. The police do not necessarily record every accident reported to them, especially minor injuries. Research into hospital admissions found that while the number of recorded deaths and serious injuries fell, the number of hospital admissions following motor vehicle accidents remained static or even rose slightly.

Whatever the truth about Britain’s motor vehicle accident statistics, drivers must do all they can to ensure that they drive carefully and are considerate of other road users. Those that fail in this regard can leave themselves liable to car accident compensation claims. 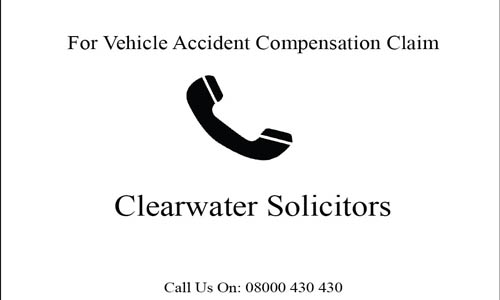 Clearwater Solicitors can help you claim compensation if you have suffered a personal injury in a car accident. Insurance companies will often offer lower compensation payouts than claimants deserve, and can offer the use of their own solicitors in order to minimise their losses.

We can help you get all the compensation you deserve. Fill in our online enquiry form to request a call back, or call us on 08000 430 430 now to speak with us directly.