The NHS in England spends around £700 for each birth to cover themselves from medical negligence claims, figures from the National Audit Office have revealed.

The report found that one in every 133 babies born in England died within a few days or were stillborn, and while this is a smaller proportion than in other countries, comparisons with the other nations of the UK show that further improvements may be possible.

The NHS has failed to meet a widely-recognised standard of one midwife for every 29.5 births, and it is uncertain whether or not there will be enough midwives in the years to come. Currently, England would need another 2,300 midwives every year to reach the benchmark figure. The number of midwives in England has increased by 12%, but this has coincided with a corresponding 6% growth in the number of births the country sees.

David Cameron said that he would recruit an additional 3,000 midwives if elected before the 2010 election, but since he became Prime Minister, the number of midwives employed has increased by just 1,300. Nonetheless, in June 2013, there were 152 midwifery-led healthcare units, compared with just 87 during April 2007. 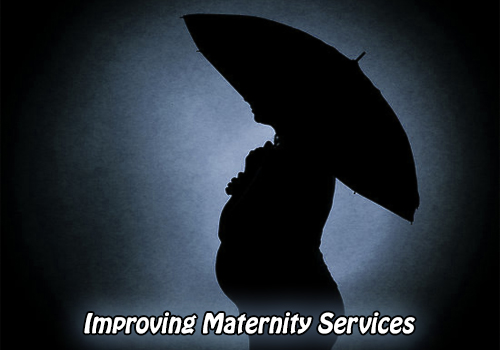 The Department of Health’s Maternity Matters strategy from 2007 has called for maternity services to improve, proposing an increase in the number of midwives, a greater number of consultants working in labour wards, and a higher number of midwifery-led healthcare units. The standards of performance between NHS Trusts in achieving this target varies, in respect to issues including efficiency, cost, safety and quality.

The National Audit Office said the Department of Health did not properly consider issues such as the affordability and achievability of delivering its strategy, and that it has not effectively monitored England’s progress in achieving its goals.

Still, 84% of women said that the treatment and care they received during birth was either excellent or very good, although 22% said that they felt like they had been left by themselves soon after giving birth or during childbirth, and that it worried them at this time. Recent years have actually seen a growth in the proportion of complicated childbirths, such as those involving women with pre-existing medical conditions, obesity, women over the age of 40 and pregnancies involving twins and other multiple births.

The most common reasons for birth injury claims are mistakes during caesarean sections or when managing labour, and negligence leading to cerebral palsy. However, the National Audit Office report noted that as these birth negligence claims take an average of five years to reach a resolution, care must be taken when drawing conclusions about UK healthcare in the present day.